skip to main | skip to sidebar

Residency coming to a close 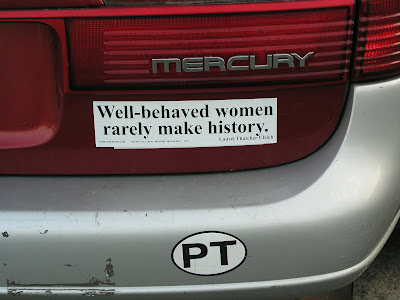 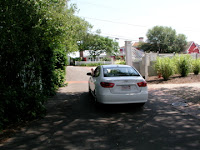 Nearly a month has passed since I arrived in Provincetown at the lovely Sea Change Cottage. I am amazed how fast the time went. My Canadian friends left yesterday and a deafening silence decended where there was engaged conversations and happy chatter. We left each other with promises of a real wilderness trip next summer kayaking in the Queen Charlotte's, the ancestral land of the Haidas. This would fulfill A lifetime dream of mine to see where the totems once stood. Tony is familiar with the northern territories as his work with Native bands to preserve their land and mineral rights takes him north regularly.
Much planning was achieved on the World Wall addition. Tony and Tania will convene a group of Canadian advisers including First Nation people to determine the exact content of the Canadian addition to the mural wall. I will join them for those sessions in the north. After the conceptualization group has met, a small team of Canadian artists will work with the concepts to produce the final images for the wall. We at SPARC (the Social and Public Art Center) will ship the giant canvas and the paints to the site for painting either in Vancouver or Mayne Island for the months of production it will take to complete the mural. It will premiere with the additional nine panels from, Israel and Palestine, Russia, Finland, Mexico and the United States, in Vancouver in approximately a year. My collaborators and I spoke of many issues and had the luxury of sustained talks over breakfast, during walks and on the beach at sunset. How wonderful and creative the time was!

On my own once again, I am working against time to finish what I set out to do here. The time here has had many affects but one important one is that I have found that my clenching teeth have subsided and once again I can hear my self think outside of Los Angeles demands.
My last three days will yield the completion of Dolores Huertas portrait and hopefully the second farmworkers image. The second image commemorates the abolishment of the dreaded "short Hoe". No " hoe" is not a "rap song" reference but a tool used to work the land that broke the backs of its users, the campesinos in the fields of California. It will turn to gold in my painting as it symbolizes the money it made for agri-business but conversely it also represents the sweet victory of it abolishment by the United Farmworkers activism. I will make not further entries to this blog as my residency will have ended and this was an exercise in recording my process. So when I return to my work in Los Angeles perhaps there will be a new blog on the Robert F. Kennedy production in the Ambassador Hotel which is becoming the new RFK learning Center in Los Angeles. I will be painting in the ballroom where he delivered his last speech minutes before he was killed. So thanks for looking in on my residency and for your emails.

Posted by Judy Baca at 11:16 PM Links to this post

Political landscape Painter finds herself in Paradise. I am writing occasional entries from Provincetown where I am an artist in Residence for the Gaea Foundation at their SEA CHANGE Cottage
The Gaea Foundation supports the exploration and realization of alternative social realities that are just, creative, sustainable, and authentically democratic. Gaea aims to bring these values to the public awareness and action through programs that explore, nurture and publicize alternative practices and visions. Through Sea Change Residencies, the Gaea Foundation provides time, space and funds to outstanding activists and artists making critical headway in bringing alternative social ways to the public.

The Arctic ice cap has collapsed at an unprecedented rate this summer and levels of sea ice in the region now stand at record lows, scientists have announced.

Experts say they are "stunned" by the loss of ice, with an area almost twice as big as the UK disappearing in the last week alone.

So much ice has melted this summer that the Northwest passage across the top of Canada is fully navigable, and observers say the Northeast passage along Russia's Arctic coast could open later this month.

If the increased rate of melting continues, the summertime Arctic could be totally free of ice by 2030.

Mark Serreze, an Arctic specialist at the US National Snow and Ice Data Centre at Colorado University in Denver, said: "It's amazing. It's simply fallen off a cliff and we're still losing ice."

The Arctic has now lost about a third of its ice since satellite measurements began thirty years ago, and the rate of loss has accelerated sharply since 2002.

Dr Serreze said: "If you asked me a couple of years ago when the Arctic could lose all of its ice then I would have said 2100, or 2070 maybe. But now I think that 2030 is a reasonable estimate. It seems that the Arctic is going to be a very different place within our lifetimes, and certainly within our childrens' lifetimes."

The sea ice usually melts in the Arctic summer and freezes again in the winter. But Dr Serreze said that would be difficult this year.

"This summer we've got all this open water and added heat going into the ocean. That is going to make it much harder for the ice to grow back."

"The rules are starting to change and what's changing the rules is the input of greenhouse gases."